Our 2021 ECR CoR Group Localism Summit will be held in the north-eastern Dutch province of Drenthe. The summit is hosted by Tjisse Stelpstra, who is a regional minister in Drenthe province and its topics are:

The summit will be held in person, in line with all health and safety protocols.

1. What are regional energy strategies and why should we be talking about them?

Energy use accounts for 75% of the EU's emissions, so transforming our energy system is central to Europe's climate ambitions. The goal of regional energy strategies (RES) is to create sustainable and inventive solutions for the successful energy transition in a place-based, bottom-up fashion. This ensures the most effective energy creation and use, and can help regions maintain their competitive advantage and stimulate private investment and job creation.

RES entail, for example, the generation of sustainable electricity, the heat transition in the built environment, and the required storage and energy infrastructure. RES can also organise cooperation between different regional parties such as the different levels of government and civil society organisations in delivering energy goals.

To reach the EU's highly ambitious climate targets sustainably, the Member States and regions need tailor-made approaches to energy transitions: while some regions can benefit most from wind or hydrogen, for others, solar and nuclear power are more suitable. Other regions – especially those that are less developed and have lots of manufacturing activity – might not be able to afford the same level of commitment as wealthy areas with technology and service-based economies. Here, RES come into play.

Our Summit features a presentation on The Netherlands' RES, followed by reflections on their implementation, effectiveness, and the involvement of all stakeholders.

2. Northern Netherlands Hydrogen Valley and the role of hydrogen in the energy transition

Hydrogen is an energy carrier that can be used to store, move, and deliver energy produced from other sources.

Hydrogen is a clean fuel which, when consumed in a fuel cell, produces only water. Hydrogen can be produced from a variety of domestic resources, such as natural gas, nuclear power, biomass, and renewable power such as solar and wind. These qualities make it an attractive fuel option for transport and electricity generation applications. It can be used in cars, in houses, for portable power, and in many more applications.

While currently hydrogen currently accounts for less than 2% of Europe's energy consumption, it will become an important part of the EU strategy for energy system integration. In 2020, the European Commission adopted a new strategy on hydrogen in Europe, which brings together different strands of action – from research and innovation via production and infrastructure to the international dimension. It explores how producing and using renewable hydrogen can help decarbonise the EU economy in a cost-effective way, in line with the European Green Deal.

We will start our Summit's section on hydrogen with an introductory film and reflections on the Hydrogen Valley, followed by a discussion of hydrogen's role in the energy transition.

Why hosted in Drenthe?

Drenthe is part of the Hydrogen Valley, which covers three provinces in the Northern Netherlands: Groningen, Drenthe, and Friesland. Drenthe is a province that aims to become the first region to host an entire hydrogen value chain – from production to distribution, storage and local end-use – by 2026. The six-year project – called H2 Energy Applications (in) Valley Environments (for) Northern Netherlands, or simply HEAVENN – started in 2020 and has attracted private and public investment from all over the world, with a total valuation of around EUR 90 million, of which the EU has provided 20 million. As such, Drenthe is in the midst of both a historic hydrogen experiment as well as an energy transition.

Northern Netherlands has also a historic reputation as an energy hotspot. The region built its wealth and reputation on natural gas extraction, and while the region continues to supply the Netherlands and other countries with gas, this resource is depleting fast: in 2017, the Netherlands became a net gas importer for the first time, and as a result of earthquakes and climate ambitions, the Dutch government started to phase out gas extraction. The region has an active civil society, which can teach us valuable lessons on the involvement of different stakeholders in the energy transition.

Funds are now being allocated under the Multiannual Financial Framework and the NextGenerationEU package, and hydrogen plays an important part in the Commission's Fit for 55 package, which aims to facilitate the EU's greenhouse gas emission cut of 55% by 2030 (compared to 1990 levels).

As we emerge from the COVID-19 pandemic and debate the future of the EU with the Green Deal and the Conference on the Future of Europe, now is the time for local and regional politicians to step up and bring pragmatic solutions to European policymaking. 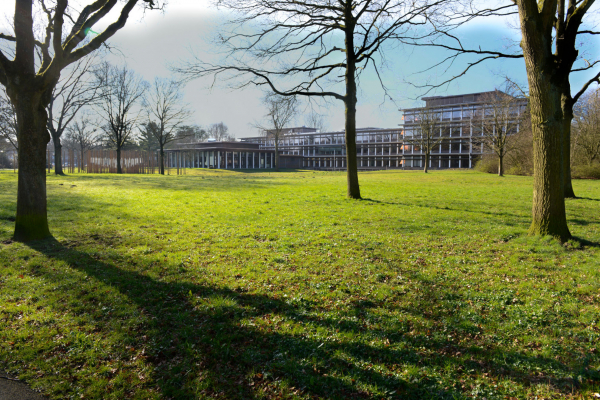 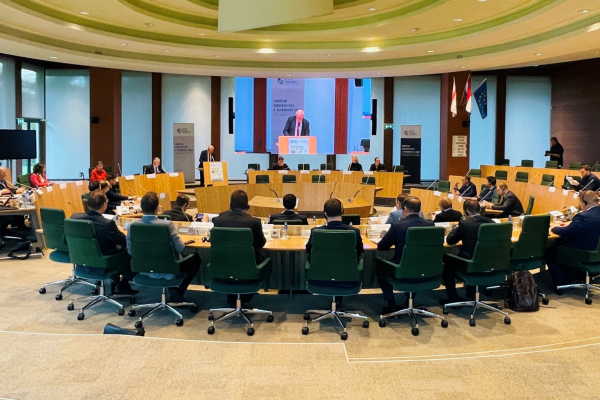 Alderman of Noordenveld, The Netherlands

Director of the National Regional Energy Strategies programme, The Netherlands

Head of Department of Aerospace Engineering at Rzeszów University of Technology, Poland

Alderman of the Municipality of Emmen, The Netherlands

Professor of Energy Law, University of Groningen, The Netherlands

Director of GasUnie, The Netherlands