1. Climate change, hydrogeological instability, and natural disasters: what assistance can local and regional authorities expect from the European Union?

2. Tackling demographic decline and the depopulation of inland areas

1. Climate change, hydrogeological instability, and natural disasters: the assistance that local and regional authorities expect from the European Union.

While there is still much debate on the details, there is little doubt that climate change is a real phenomenon, which is having drastically negative effects on the environment and society at large. Droughts, storms, and an increasingly wild oscillation between extreme seasonal weather are only but some examples that are causing devastating impacts across Europe. In Italy a phenomenon of particular concern is hydrogeological instability and earthquakes - increased rainfall in Italy's overwhelmingly mountainous terrain has meant that the occurrence of landslides, avalanches, and floods has increased.

Local and regional authorities are frequently at the frontline when it comes to dealing with natural disasters. But how can local authorities best prepare for potential disasters? Are emergency services better left in the hands of centralised national governments, or in the hands of those communities who know their own specificities better? This panel will also discuss the European dimension of these questions, such as what aid the EU can bring to local and regional authorities, and how such help can best be used whilst respecting the principles of proportionality and subsidiarity.

2. Tackling demographic decline and the depopulation of inland areas

As a whole Europe faces numerous demographic problems, most notably a declining birth rate and an aging population. In peripheral, rural, and inland areas these issues are particularly acute. Over the past decades, large segments of the population have moved either to coastal areas or to urban centres, with younger people in particular moving to the latter in pursuit of career opportunities. This creates a number of issues for the areas and localities in question, with development and policy focused on big cities, which in turn causes them to attract and draw more people from rural areas.

In this panel, discussions will focus on the impact of these demographic issues, and what local and regional authorities can do to tackle them. With the convergence of EU policies on territorial and digital cohesion, how can depopulated rural localities take advantage of the economic and technological transformations to breathe new life into their communities? In the meantime, how do such authorities manage the costs and services for disproportionally older populations?

L'Aquila and its surrounding region offer many relevant examples for the topics which are to be discussed. Tragically, in 2009 it was the epicentre of one of the most devastating earthquakes in Italy's modern history, which took over 300 lives and left over 40,000 homeless. The trials, successes, and failures Abruzzo faced in anticipating, surviving, and recovering from this disaster contain many invaluable lessons for local and regional authorities all over Europe.

Abruzzo sits in the centre of the Apennines, and as a region with a mostly mountainous interior, hydrogeological instability is a present and ongoing concern for the daily lives of its inhabitants. The way in which Abruzzo has dealt and will continue to deal with the effects of climate change on its native environment, infrastructure, and society is a relevant story for all local administrations.

Finally, it is the region of Mr Marco Marsilio, who currently serves as its President. Mr Marsilio is also the newly elected President of the ECR Group in the CoR (he will assume his responsibilities on 29 June 2022) and a founding member of the Fratelli d'Italia party. 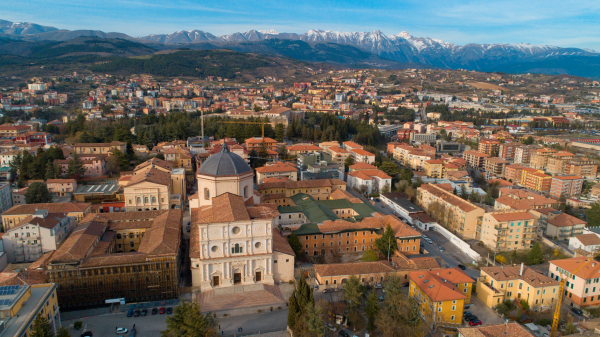