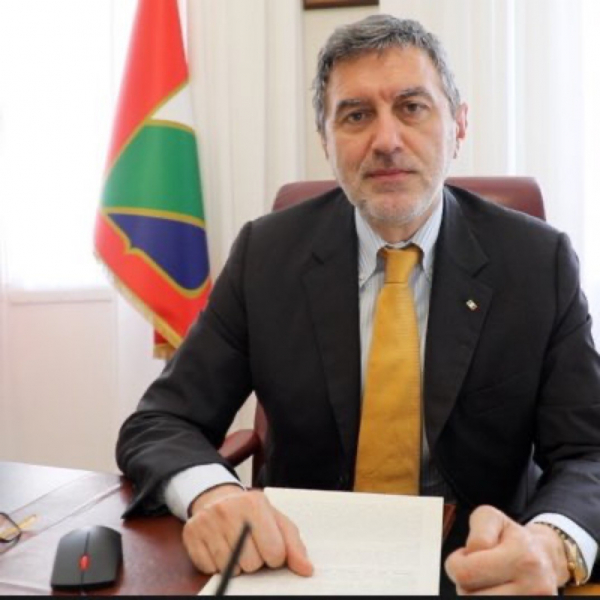 In April's ECR CoR Group meeting, traditionally held before each CoR plenary session, members voted unanimously for Marco Marsilio to assume the Presidency of its group. It’s the first time the group will see its most prominent position led by an Italian, coming into effect on 29 June, which marks the half-way of the current CoR mandate.

With a career in politics that expands over nearly 30 years, Marco Marsilio, President of the Abruzzo region and member of the Fratelli d’Italia party, will lead the growing conservative political group over the next two and a half years. Commenting on the outcome of the elections, the newly-elected ECR CoR President said: “I thank all the members of the European Conservatives and Reformists group in the European Committee of the Regions for the trust they have placed in me. Our group represents very important political parties in the European political landscape and regional territories capable of giving social and economic impetus for a more cohesive Europe. I believe that local communities, regions and the roots and feelings of each nation represent the basis for fruitful collaboration between the different European states”.

Władysław Ortyl, Marshal of the Podkarpackie region in Poland and current President of the Group will continue to lead the Group until 29 June (mid-mandate of the CoR). Marshal Ortyl was today elected First Vice-President and thanked members for their confidence in him to continue representing the Group’s leadership. Reaffirming his commitment to a more prosperous, secure and decentralised Europe, the Marshal stated: “In my new role of First Vice-President, I will continue to emphasize the principles of realism and subsidiarity.”

The group's other Vice-Presidents will be Anna Magyar, Member of Csongrád-Csanád County Council in Hungary; Oldřich Vlasák, Councillor in Hradec Králové in the Czech Republic; and Juraj Droba, President of the Bratislava region in Slovakia.