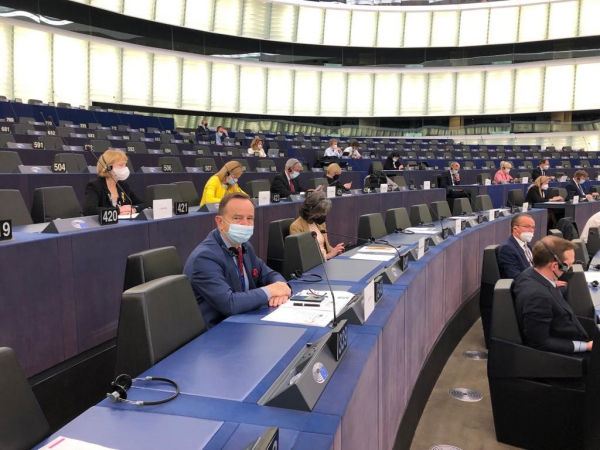 The Conference on the Future of Europe reached its conclusion on Friday the 29th of May. Alongside their colleagues from the European Parliament, ECR Members from the European Committee of the Regions actively contributed to the discussions, but have remained critical of the process and its outcomes.

Concerns over the nature of the conference which had been voiced repeatedly by ECR Members appeared to be validated. As President of the Group and Marshal of the Podkarpackie region, Władysław Ortyl stated, “conclusions of the conference aim at constraining powers of Member States. Proposed centralisation would mean less democracy in Europe.”

This sentiment has been strongly echoed by ECR Members of the European Parliament. The conference has been problematic in its conclusions, which includes many measures that advocate a greater degree of Eurofederalism and centralisation in Brussels. For instance, the elimination of unanimity voting in areas such as taxation, which is a core pillar of inter-governmentalism, or the creation of transnational electoral lists, which threatens Member States' democratic integrity and their own political diversities.

The ECR Group in the European Committee of the Regions was represented during this conference by its President, Mr Władysław Ortyl, President of the Veneto Regional Council Mr Roberto Ciambetti, and Mayor of Kecskemét Ms Klaudia Szemereyné Pataki. Another ECR CoR Group Member, Mr Matteo Bianchi, participated in the conference on behalf of the Italian Parliament.