President Marsilio speaks to the ECR Study Days in Rome

President Marsilio speaks to the ECR Study Days in Rome 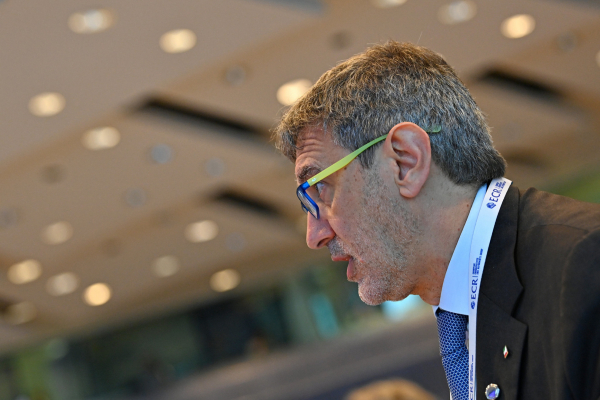 The past week saw the ECR Group of the European Parliament hold its annual Study Days in Rome. The event featured many key speakers, such as Vice-President of the Parliament Roberts Zīle, and President of the ECR Party and Fratelli d'Italia Georgia Meloni, who gave the keynote address. The gathering addressed many significant and current issues which face Europeans today, such as energy security and transition, and the future of the European Union. Mr Marco Marsilio, President of the ECR Group in the European Committee of the Regions and of the Abruzzo Region in Italy, gave a speech which touched on the many of these themes to the one of the final panels, "The Future of Europe: United in Diversity."

Speaking on the question of Europe's energy crisis, Mr Marsilio highlighted how "the lack of a unified European energy supply policy makes us objectively more vulnerable and above all more blackmail-able than other countries." Highlighting the issues with Europe's current energy policy he stated: "We have started the process that will lead us to self-sufficiency… but it will still be a long and difficult path, the price of which will once again be paid by European citizens."

Mr Marsilio said that he believes the difficulty lies in style of EU policy making, which is at once both highly ideological and in favour of centralisation in areas where this is not needed. The end result is that "the mistrust with which most Europeans look at Europe has grown, as European directives have been dropped from above, directives that did not take into account the negative effects they would have on the territories, rules that in fact denied the very specificities and vocations of the European regions."

Hope and potential however, do lie in the vision for Europe which is being put forwards by the ECR Groups and their members, as a realist policy represents the best alternative to Europe's current trajectory, a policy "that is both an expression of our identities and capable of interpreting modernity, respecting and valuing diversity." In contrast to the Euro-Federalist and Pro-Centralisation visions which he has called ideological, "we must respond with a policy capable of confronting anyone who wants to defend the interests of our peoples." Such policy must be based on pragmatism: strengthened European cooperation where this is needed, and taking decisions at the lowest possible level in other areas of policymaking.