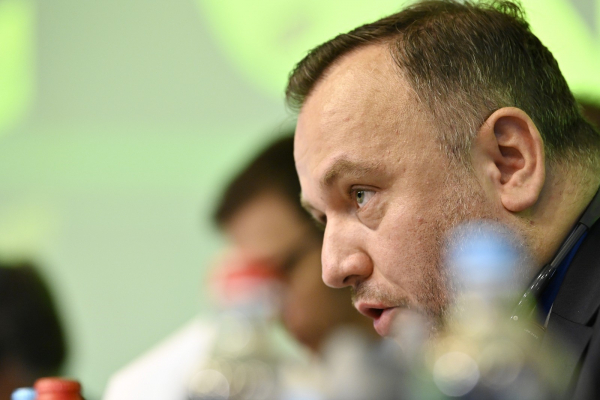 Under the rapporteurship of our ENVE Coordinator, Marshal Chełstowski, the opinion on the energy package on gas, hydrogen and methane emissions was adopted by overwhelming majority in the October CoR plenary session.

With war on European doorsteps, the biggest challenge for the European energy sector at present is to ensure new and stable supplies of natural gas at a low price, and, at the same time, to plan a shift away from it towards alternative sources.

In this context, Mr Chełstowski, Marshal of the Silesia region, called on fellow CoR members to speak with one voice despite possible disagreements on the concept of market development: "Planning the development of the energy market and infrastructure in the EU should take into account many energy carriers at the same time. Strategic investment scenarios must include a transitional component and assume the use of the currently built infrastructure to handle both natural gas and low-emission and renewable gases", he emphasized.

In addition to limiting climate change, the rapporteur highlighted the importance of the energy transformation as the key to the future of the European economy and energy pricing thereby stating that the new gas package should "unambiguously support European regions in the development of new business models and infrastructure, as well as ensure an optimal trajectory for the decarbonisation of the gas sector".

On the other legislative proposal covering the reduction of methane emissions, Marshal Chełstowski concluded that such a reduction may support the implementation of the new gas package and to building a green gas market. However, the rapporteur pleaded that caution should be taken in its implementation and, in particular, referred to monitoring obligations that "should be timed in such a way that EU regions and individual companies are able to be prepared from a technical, human resources and methodological point of view".