President Marsilio: EU energy policy has failed and needs to be revised

President Marsilio: EU energy policy has failed and needs to be revised 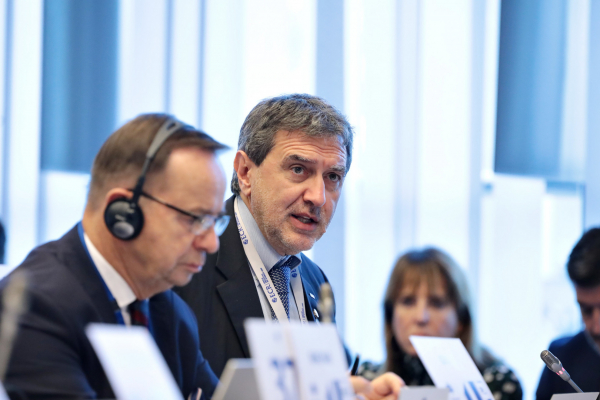 "I think the time has come to reflect on what has made the EU so weak; our energy policy needs particular attention and should be revised". So said the president of the Abruzzo region in Italy and of the ECR Group in the European Committee of the Regions, Marco Marsilio, speaking at the plenary session of the CoR in Brussels, during the European Week of Regions and Cities. Mr Marsilio stressed: "The direction pursued over several years in this policy has failed and left us exposed to blackmail." "We in the European Conservatives and Reformists Group in both the European Parliament and the Committee of the Regions have tried to warn about this on many occasions," he concluded.

Europe must "live up to the task it has set itself: give less attention to minor issues and instead focus on major strategies," added Marsilio, urging the EU to support investments in nuclear energy. "It will take time," he said. Europe has been conducting research programmes on this subject for many years now. I believe that more resources should be devoted to this and efforts stepped up somewhat, as happened with the vaccine when COVID-19 arrived."

On energy "the EU has failed [...] taking some wrong turnings". "We must move quickly to overhaul our energy policy, and back up our ongoing green transition with a robust policy of diversifying sources to make us independent of countries such as Russia, as well as China, which is a communist dictatorship", said Marsilio. The ECR President called on Europe to "really step up to the plate and protect its own citizens". Households and businesses "risk going under because their energy bills are now unsustainable". "These are the things we are calling for Europe to respond to, by putting forward a serious and effective initiative."